Our research focuses on the intersection between environmental, climate and development politics and addresses institutional questions concerning developing countries and emerging markets. Aside from work on Climate Engineering, politicization of climate politics and the role of standards, we pursue the following topics in particular:

How can climate change measures be institutionalized in the long run? Guided by this question, we conduct the DFG-funded project Institutionalizing Low Carbon Development (INLOCADE) since January 1st, 2021. We are specifically investigating the promotion of solar energy and climate-friendly agroforestry in the emerging countries of Brazil, India, Indonesia, and South Africa. The two CO2-intensive sectors of energy and agriculture offer promising solutions for a transformation towards a climate-friendly society. At the same time, encouraging projects keep failing. With INLOCADE, we analyze the processes and conditions that affect the political institutionalization of climate protection measures. We aim to explain why climate protection is advancing at different speeds and why in some cases, little progress or even a reversal of previous successes is achieved. INLOCADE is jointly conducted by researchers at the TU Darmstadt and the University of Potsdam. The project follows up on an earlier DFG-funded project on carbon governance arrangements. Further information about INLOCADE can be found here

In many ‘developing states’, governments modernize their administrative bodies and expand their bureaucracies. At the same time, we observe that in the Developmental State, a historically strongly emphasized autonomy of public administration has partly negative effects on (democratic) control and politico-economic innovative ability and that ‘the state’ has to find new sources of legitimacy. This project is aimed at assessing (new) types of statehood which strike different balances between strong and inclusive institutions and presumably related trade-offs. Possible cases are Vietnam, Indonesia or Thailand in Southeast Asia as well as Costa Rica, Ethiopia or Ruanda. This project is based on preliminary work on the topic of environmental authoritarianism in developing states.

In the political science subproject of BioDivKultur, the options for action and possibilities for regulation in the design and maintenance of green spaces are examined. The focus here rests on the process of politicization of biodiversity issues and their potential consolidation in institutional arrangements at the municipal level. Raising awareness of the essential importance of biodiversity is of particular relevance, especially in urban green spaces.

In recent decades, political science has increasingly addressed local, national, and global environmental problems, possible solutions, and the interactions of environmental degradation and other policy fields. While in the 1970s and 1980s the focus was increasingly on specific issues such as water pollution or forest dieback, this perspective broadened in the 1990s to include threats to entire ecosystems and issues surrounding biodiversity policy. Here, various trends manifested themselves, such as the use of economic instruments to protect biodiversity, the strengthening of the legal position of non-human living beings, and the debates surrounding the so-called ecocide, which describes the targeted destruction of nature to eliminate military shelters. Despite the important insights gained since then, the relevance of urban areas for the conservation of biodiversity has so far received little political attention compared to farmland or forests.

In the political science subproject of BioDivKultur, an attempt is therefore made to contribute to closing this gap. On the one hand, we ask who, how and why the topics of biodiversity, green spaces and, increasingly, mowing are being politicized, and on the other hand, whether and how these topics are subsequently introduced into the political system and what effects they have there. Of particular interest here is why which actors assert themselves with which understanding and which strategies in the political process, and how successful initiatives can be institutionally secured over time as well as spatially expanded or successfully diffused. For this pur-pose, semi-structural interviews as well as comparative case studies will be conducted.

The aim of this project is to make a concrete contribution to fields of action, action options and instruments for the field of biodiversity in municipalities and urban green spaces. On the one hand, this is intended to identify new opportunities for civil society actors as well as administrations and, on the other hand, to identify and evaluate effective and legitimate intervention options.

You can also obtain further information and news via our homepage: https://biodivkultur.de/

As part of the project “Biodiversitätskulturen in Stadt und Land”, young scientists from the Technical University of Darmstadt will talk about their own perspectives and research results on the topic of species protection.

The use of specific product and process standards is a trend that dominates the logic of current global climate policy. In the political science subproject of “Faster, easier, better? Life Cycle Modelling in the Information Age”, the politicization of sustainability indicators as well as the question of standard setting and its impact on stakeholders and reporting systems will be examined. The interdisciplinary research project is funded by the Sustainability Hub of Merck and TU Darmstadt.

The standardization of products and processes, such as in the context of ISO 14040/44, the ecological survey of corporate behavior, as in the Greenhouse Gas Protocol, and the EU taxonomy are current trends that are decisively shaping corporate sustainability management. But why is there such a strong trend towards the use of standards and indicators, and what are the considerations behind the choice of certain indicators? Which indicators are gaining political importance and why? Which interest groups dominate the standard-setting process? These questions are addressed by the political science subproject of “Faster, easier, better? Life Cycle Modeling in the Information Age”.

The research project uses an interdisciplinary approach of Life Cycle Assessment as a scientific method to assess the environmental impacts of products, services or technologies “from the cradle to the grave”. Here, the latest methods of IT-supported data collection and evaluation are combined with political framework conditions in order to obtain important indicators.

Specifically, the research project will investigate the dependency between data collection and the selection of indicators based on the LCA methodology from two perspectives. First, from the IT perspective, an overview and typology of novel IT approaches will be derived and related to possible application areas within LCA methodology. Second, from the political science perspective, the origins, politicization, and technical functions of science-based indicators are examined. Thus, the relevance of such indicators for companies at different levels and for different stakeholders is assessed in order to provide criteria for the selection of indicators in a long-term strategic thinking.

Concrete measures for more sustainable product life cycles and recommendations for companies can be derived from this approach. Together with the departments of Material Flow Management and Resource Management (Prof. Liselotte Schebek) and Data Management (Prof. Carsten Binnig), we will work on a roadmap for life cycle assessment in the information age. This roadmap will show companies new ways of using data processing for improved sustainability management, thus enabling them to steer their companies more efficiently and in a more targeted manner towards greater resource efficiency and climate protection.

Is participatory and adaptive project management more successful in achieving the goals of development cooperation? There is an ongoing debate in research and practice about how interventions of governments and organisations of international cooperation need to be designed to achieve positive institutional reforms and change. Various project evaluations and research contributions indicate that a large proportion of projects fail to achieve long-term and sustainable impact in partner countries of development assistance. These experiences have generated a multitude of analyses and new methods for project management, which argue for other forms of international cooperation. One approach that emerged from this debate is Problem Driven Iterative Adaptation (PDIA) by researchers at Harvard’s Center for International Development. It can be described as follows:

“Driven by demand, PDIA guides local partners such as ministries in independently analysing development problems and drawing on their local expertise to develop solution strategies tailored to the specific context. In this process, local partners are also responsible for implementing the agreed steps. The teams then meet regularly to discuss achievements and failures and adapt procedures accordingly. In so doing, they not only learn more about specific reforms but also develop problem-solving skills that they can apply independently in future.” 1

Although this approach promises greater success than conventional approaches according to its designers, there is little empirical evidence of its effectiveness to date. So far, only a few projects of the World Bank and other organisations have applied PDIA, albeit with positive results. More evidence is needed to gain a clear understanding of PDIA's impact.

The Deutsche Gesellschaft für Internationale Zusammenarbeit (GIZ) is piloting the approach in “Solid Waste Management” project in Amman. The research project of the “International Relations” department supports the GIZ in better understanding the impact of PDIA in Jordan through a long-term scientific evaluation and comprehensive process analysis. To this end, data is collected through interviews, surveys, participant observation, document analysis and other methods throughout the entire project period. To this end, a research associate (Tim Kornprobst, M.A.) is accompanying the project in Amman to obtain a comprehensive picture of successes and challenges of PDIA in practice. The website of GIZ Jordan and a description of the project can be found here.

More information regarding PDIA is available on the homepage of Center for International Development.

What effect do global developments such as technologization and climate change have on political violence? How can political violence be limited or legitimized by international institutions? How is it interpreted and justified? These are the questions addressed by the new interdisciplinary joint project “Regional Research Center – Transformations of Political Violence (TraCe)”, in which the TU Darmstadt is participating. A total of five Hessian research institutes are working together here. From the side of TUDa, Professor Sybille Frank (Institute of Sociology), Professor Nicolai Hannig (Institute of History), Professor Markus Lederer (Institute of Political Science) and Professor Christian Reuter (Department of Computer Science, Working Area Science and Technology for Peace and Security) are participating as Principal Investigators. They are conducting research in particular in the first and third research

The research group International Relations at the Institute of Political Science, headed by Professor Markus Lederer, will focus on political violence in the context of the environment and climate change and will examine the forms and mechanisms of environmental conflicts. Furthermore, we plan to analyse the interrelations between activists and repressive state/non-state institutions as well as comparative case studies on the radicalization of environmental activists with a focus on transnational networks. The aim of the joint project is to identify the consequences of current transformations in violence for peace within society and internationally and to develop strategies for containing political violence under changing conditions. 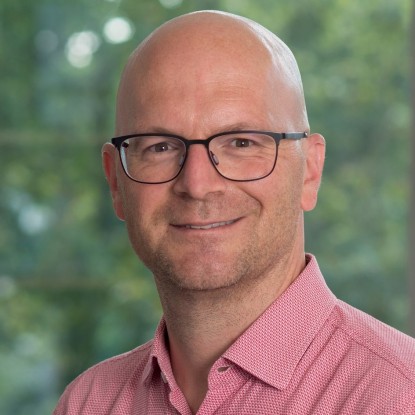